The import of live animals into the country for breeding is gaining prominence as the industry players invest more resources into the sub-sector. Siginon Aviation, one of the Jomo Kenyatta International Airport’s (JKIA) ground handlers, with over 20 years’ experience in handling live animals, is expected to play a significant role as more Kenyan farmers get keen on improving their local breeds with superior ones from foreign market.

Recently, Siginon Aviation handled a consignment of 49 goats from South Africa, which were brought in for breeding. This is a trend that is expected to grow in the country in the coming years, experts predict. 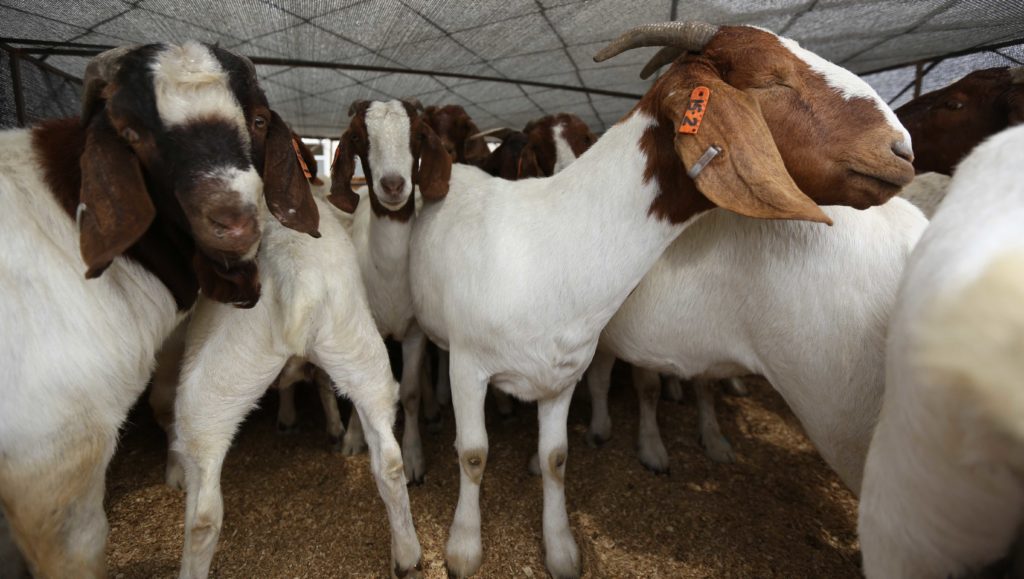 “Live animals are handled at a special handling facility owned and operated by Kenya Airports Authority (KAA).However, Siginon has also invested in a secure and safe warehouse facility to ensure the animals are well taken care of for the period they are with us. We expect the country to import more animals in the coming years,” Mr. Jared Oswago, Siginon Aviation Imports Manager told Freight Logistics magazine.

Siginon Aviation has been handling consignments of live animals such as cattle, cats, dogs, horses, rhinos and live fish among other animalsfor the last two decades according to Mr. Oswago.

Importers of live animals are required to identify the source of their breed which should be authenticated to ensure they are disease free and genetic make-up.

Once this has been done, the importer is supposed to inform the Ministry of Agriculture, Livestock Development and Fisheries to obtain import permit application forms.

The application formsrequires that one has a Kenya Revenue Authority PIN, company name, physical location, reason for importation, number of animals to be imported, country of origin, name of the supplier of the livestock and the cost of the animals.

The application forms are submitted to the department of veterinary services, popularly known as Kabete Vet Labs for recommendation by the director of veterinary services and the director of livestock production.With their recommendations, the Principal Secretary in the ministry will approve the application. The applicant will then be informed of the fee to pay.

Once the fee is paid, an import permit is issued.The process may take between three to five working days. The permit,which is usually valid for 90 days for a single consignment, outlines certain conditions that must be fulfilled such as the mandatory vaccines.

Once validated, the importer should seek an export permit from the country of origin.This is usually prepared by livestock ministries in that country to ensure that the animal being exported meet the required specifications. The livestock source company processes the application and this will be the same process of validation as the import permit.

When all the documents have been acquired, the importer is supposed to make the transport arrangements either by air and consignment must be accompanied by the original copies of the export and import permits and all other documents.

Once the animals arrive at the border entry points or airport, a thorough examination is carried out by a veterinarian to ensure that they are fit and disease-free after which the importer can clear the animals and take them to the farm.

Mr. Oswago said that the handling of live animal is a delicate process that requires great care due to some challenges that can arise.

“Disease outbreaks is a challenge as this may interfere with the shipment process. Live animals are very delicate shipments and require reliable flight connections and sometimes this is not easy to get,” said he.

Apart from the purpose of breeding, live animals are imported for other reasons such as pets in case of cats and dogs, dogs for security, horses for sports and rhinos for conservation, Mr Oswago said.

As the country makes inroads in the import of live animals for various reasons, Mr. Oswago said that there should be concerted efforts to improve the animal handling facilities fondly called hotels to meet the international standards.

“The taxation regime should be improved as tax exemptions excludes certain types of animals.The country’s civil aviation authorities should encourage more airlines to operate within in/out of JKIA to give more options for the shippers,” Mr. Oswago observed.

It is imperative, SCEA noted, that Kenya’s logistics environment should facilitate its active participation in fast-paced global supply chains. The airfreight sub-sector is the main driver towards this achievement. Countries that have better air cargo connectivity (measured by the Air Connectivity Index -ACI) also engage in more trade in value terms.

With stronger air connections to more countries (-and a higher total trade value -) a 1% increase in air cargo connectivity is associated with a 6.3% increase in total exports and imports, SCEA study says.